Finally Nirbhaya Gets Justice! Late but served, Reactions at Twitter

FINALLY NIRBHAYA GETS JUSTICE! LATE BUT SERVED. All 4 death row convicts have been hanged at Tihar jail. The long wait is over and Justice is finally served after 7 years .

The entire nation lauds Justice for Nirbhaya.May her departed soul Rest In Peace.

Somewhere, deep inside, it feels good to see the evil #Nirbhaya rapists repeatedly knocking doors of the court begging for their lives to be spared & their mercy petition repeatedly getting declined!! The only thing they deserve is death!! #NirbhayaVerdict


No need to celebrate the hangings. It took F***ing 7 years & persistence of Nirbhaya’s parents for justice to be delivered. #NirbhayaVerdict 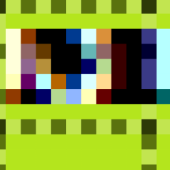 How To Tofu Those Lives Could be Saved!